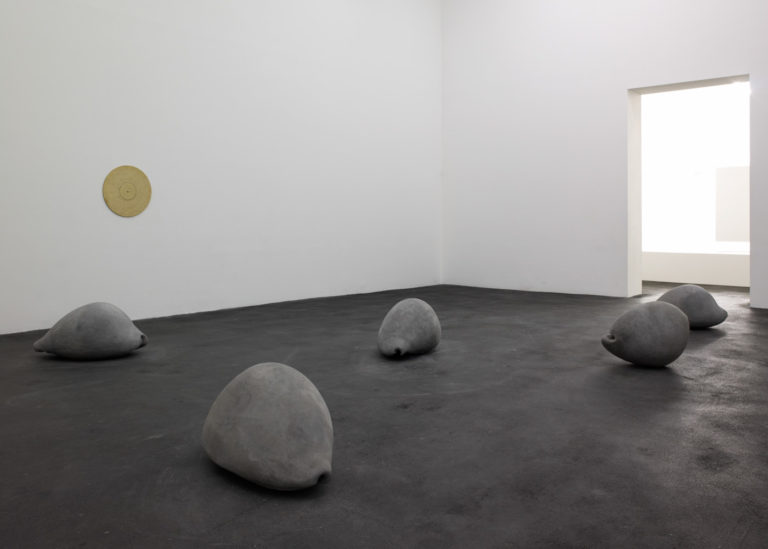 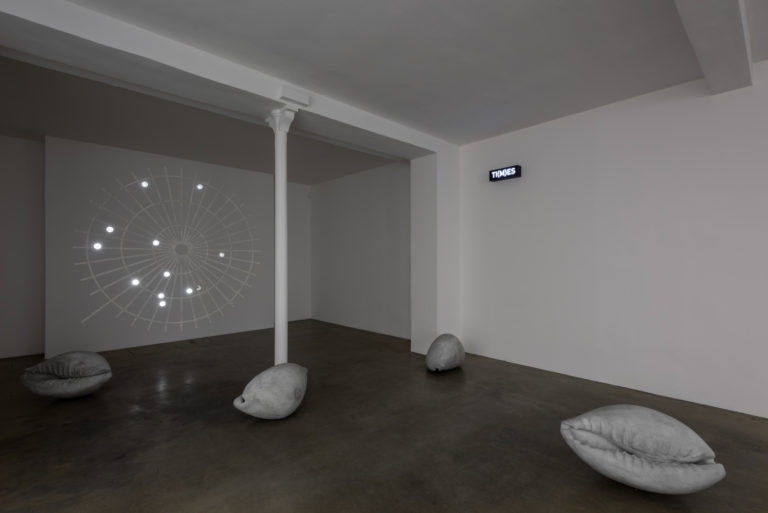 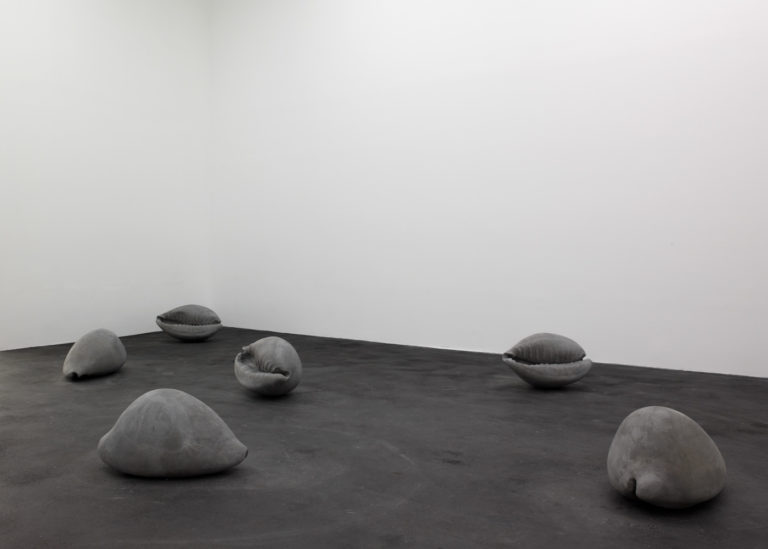 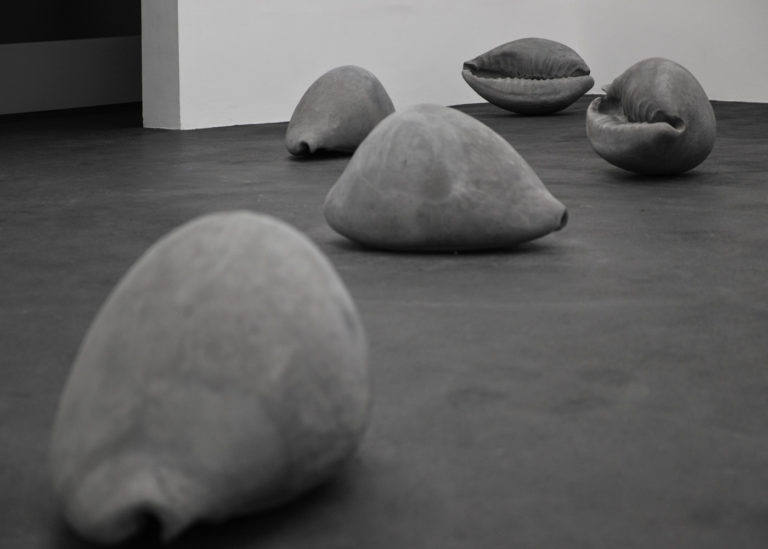 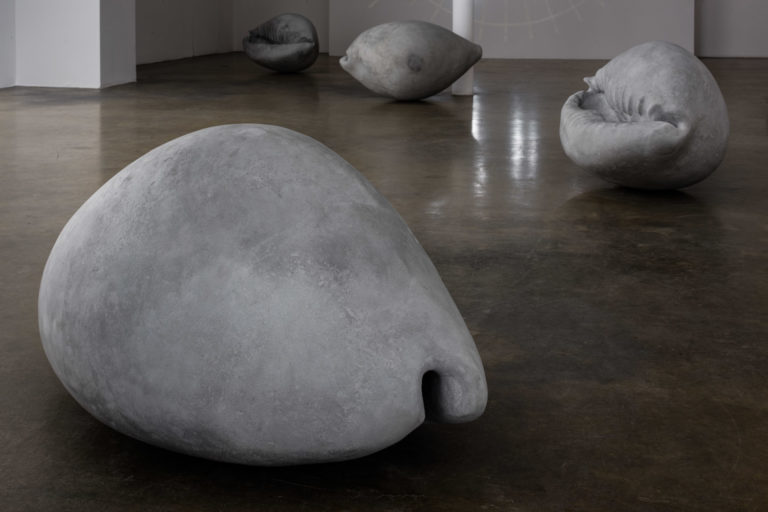 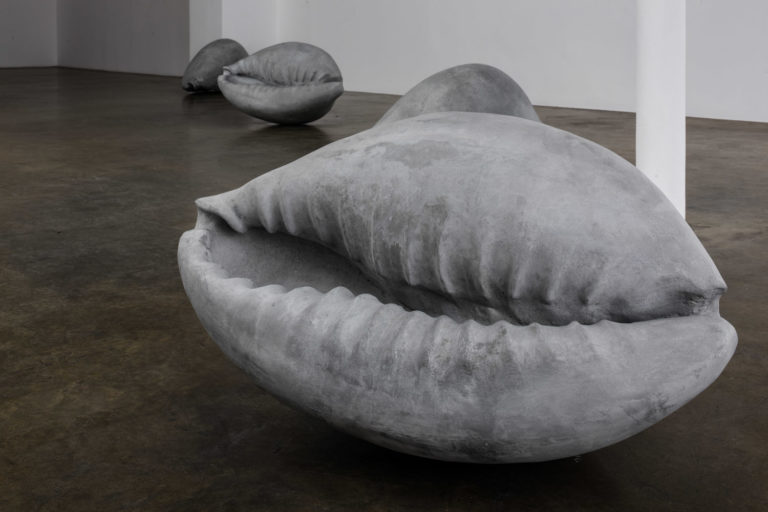 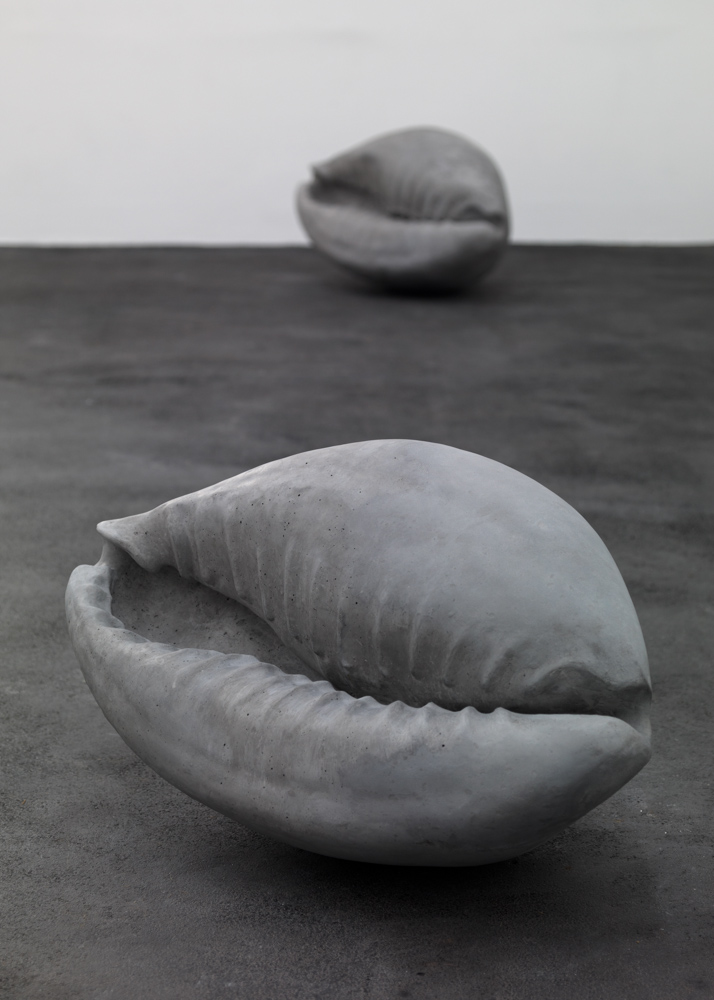 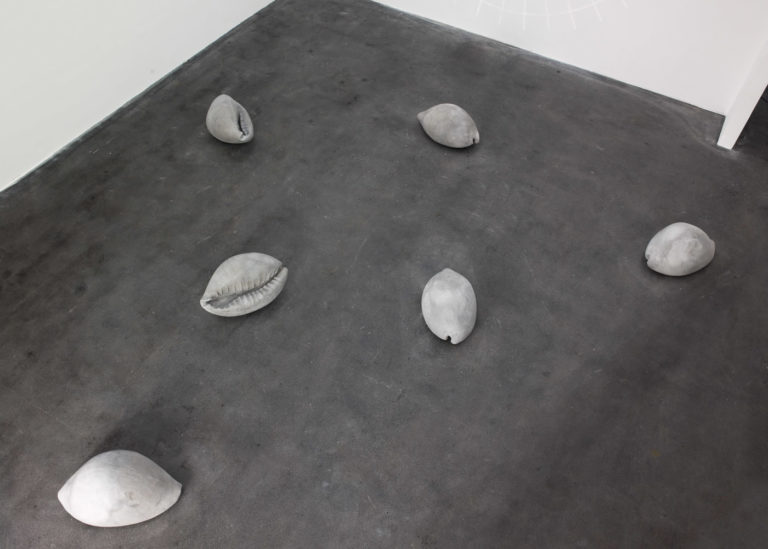 This work is the copy in concrete of cowries shells enlarged 100 times.

The cowrie is the first object used as money. Before gold and silver, it is the first medium of trade in ancient China, some fifteen centuries before our era. On board the merchant ships, it crossed the oceans and became the currency of the ancient African civilizations. The cowrie is also used during divination rituals in Africa (geomancy). They are used to predict the future through the launch of 4 or 7 shells.

The shells (cowrie shells) in concrete are placed on the ground in space according to the “launch” of the curator of the exhibition. Their arrangement in space is therefore predetermined by this gesture.