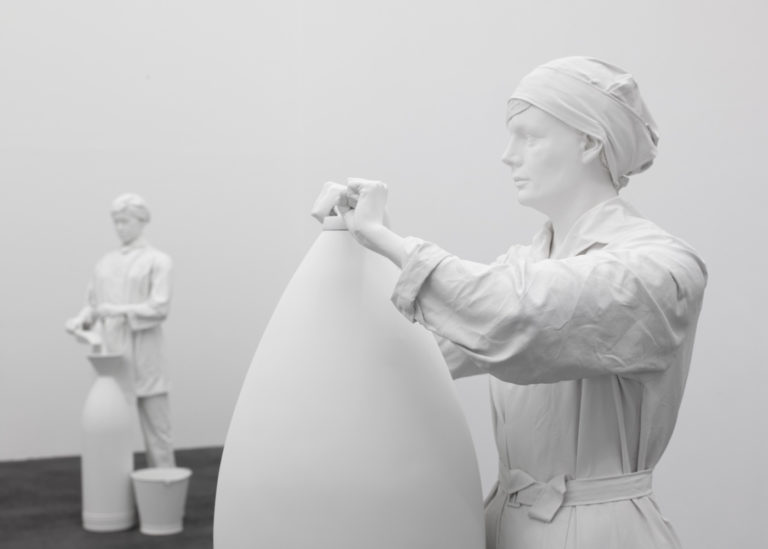 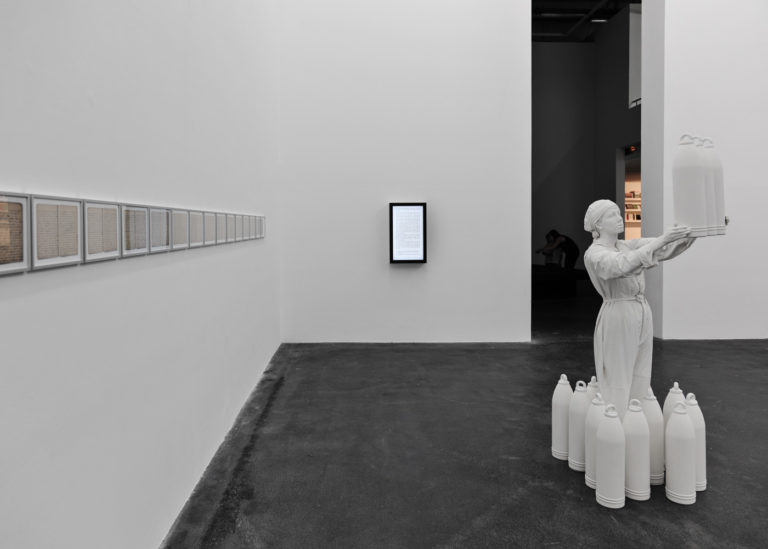 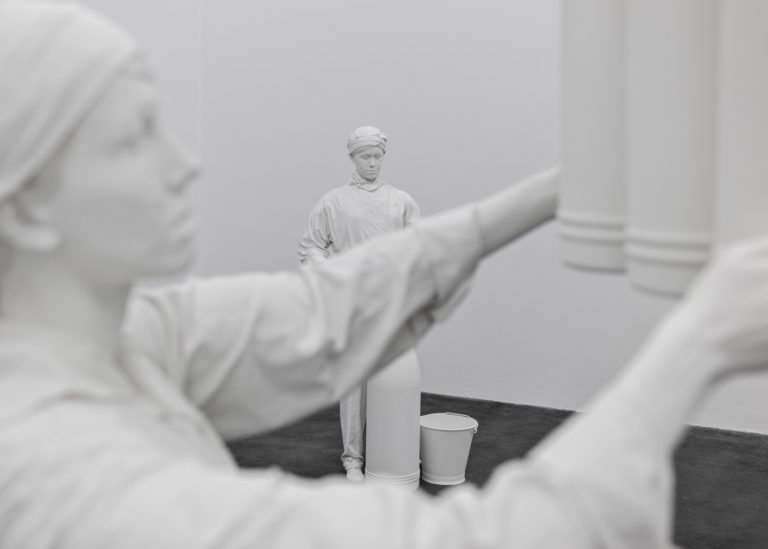 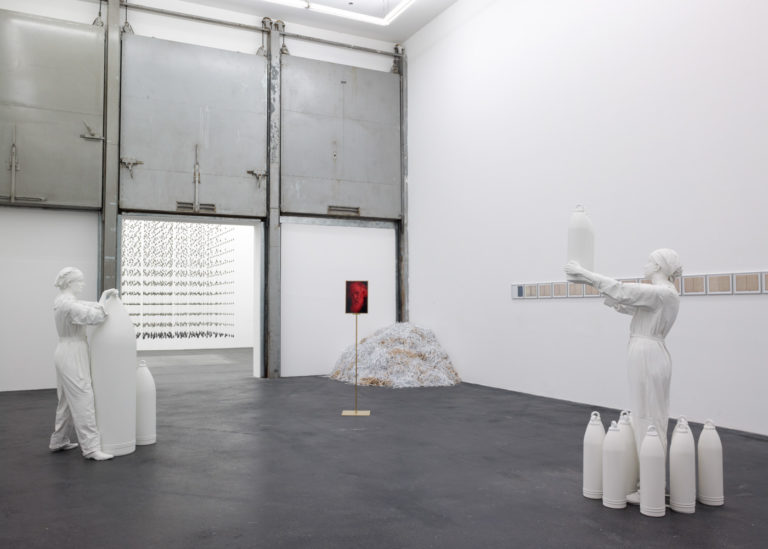 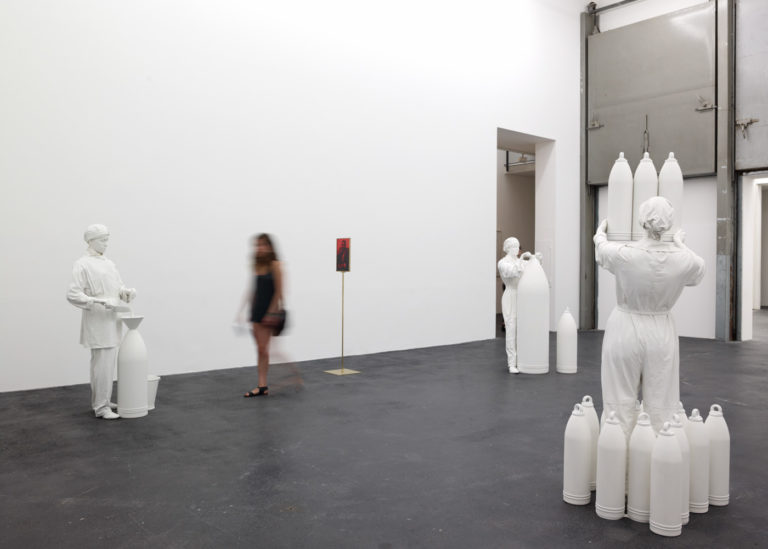 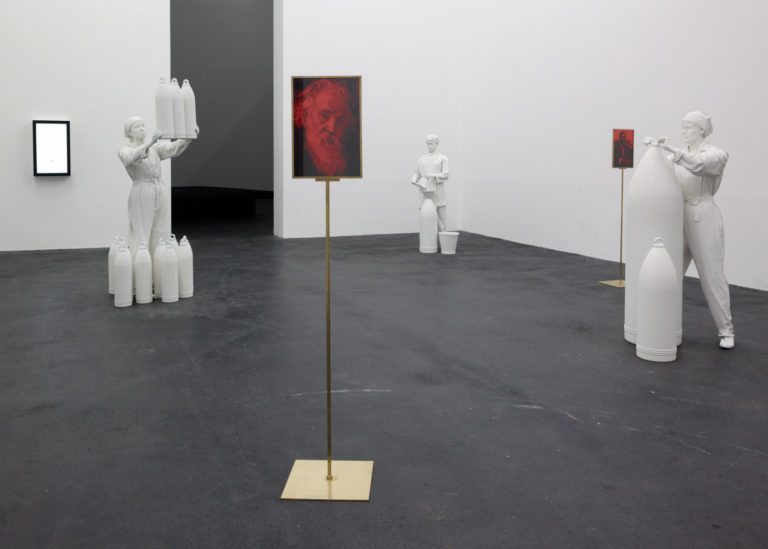 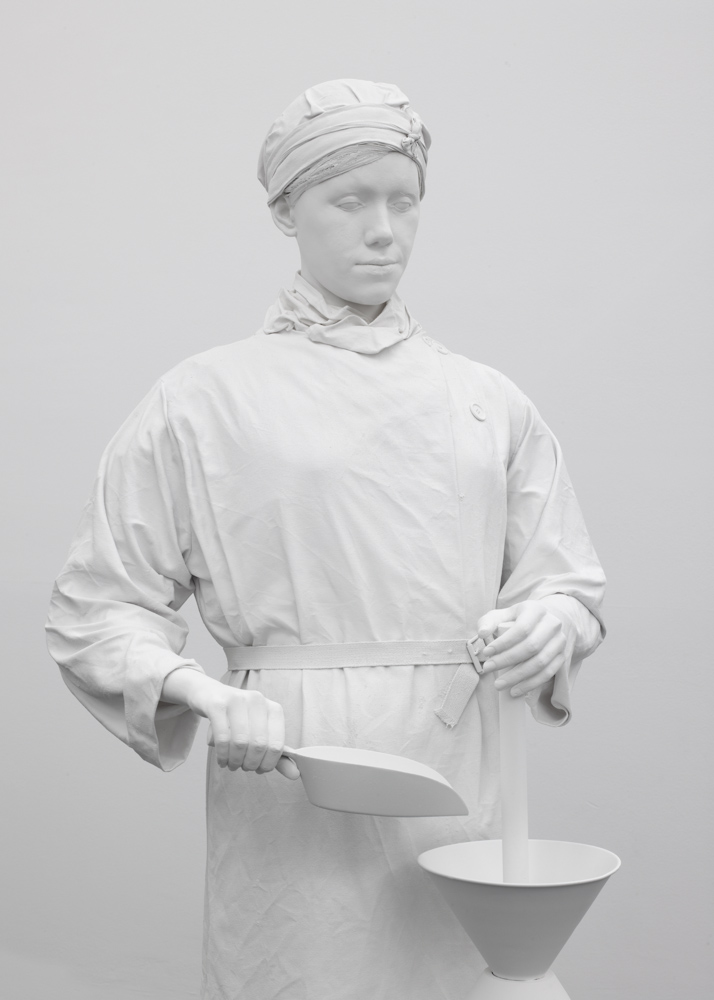 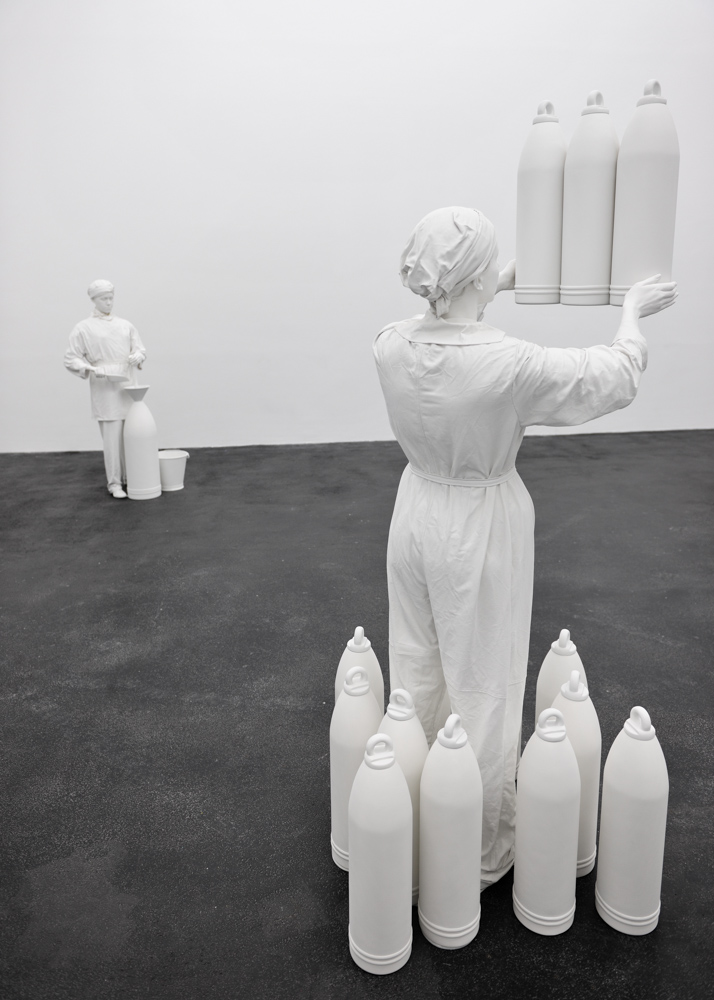 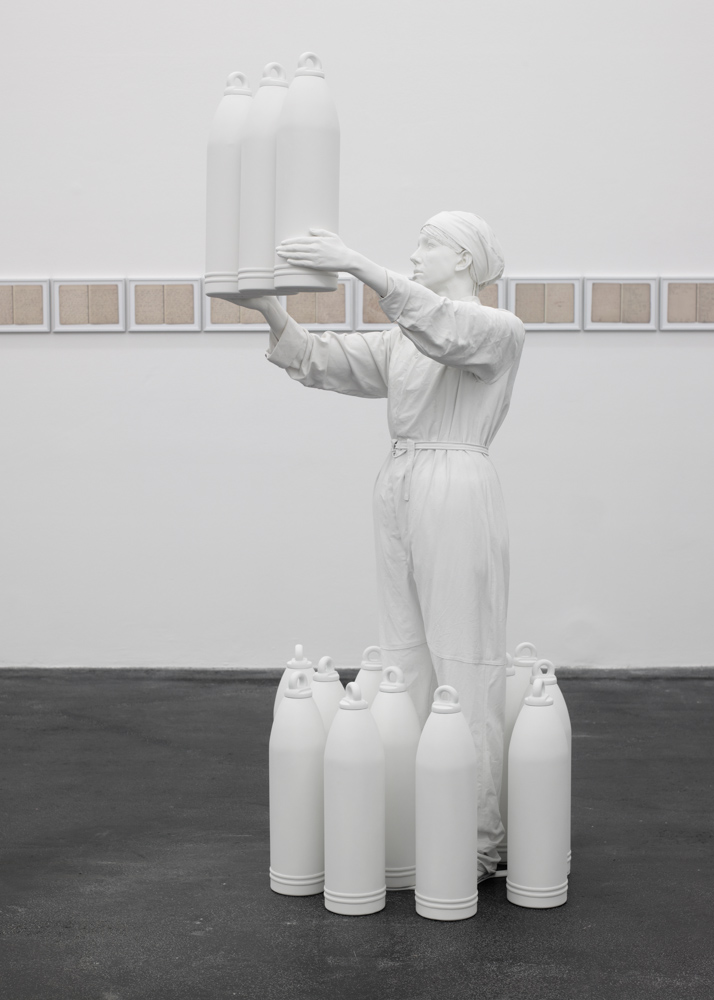 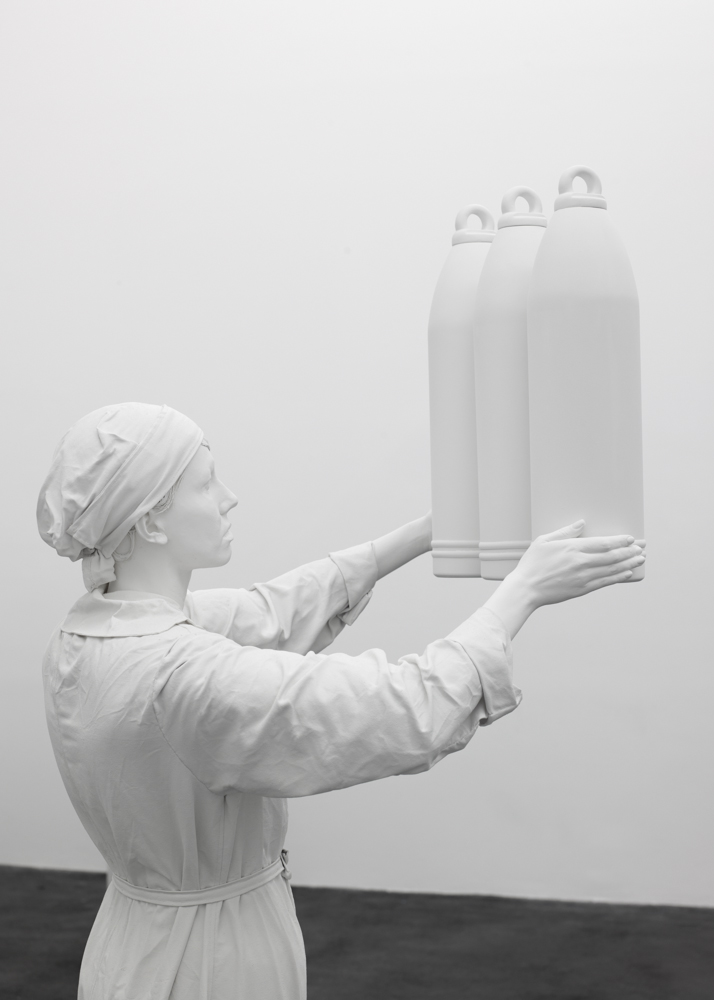 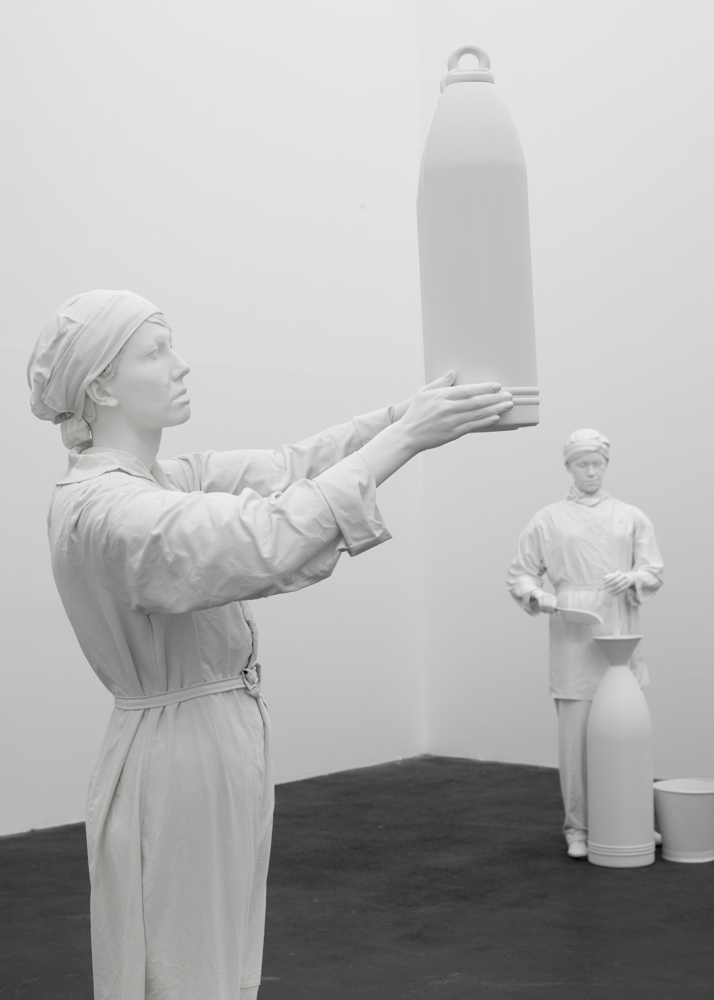 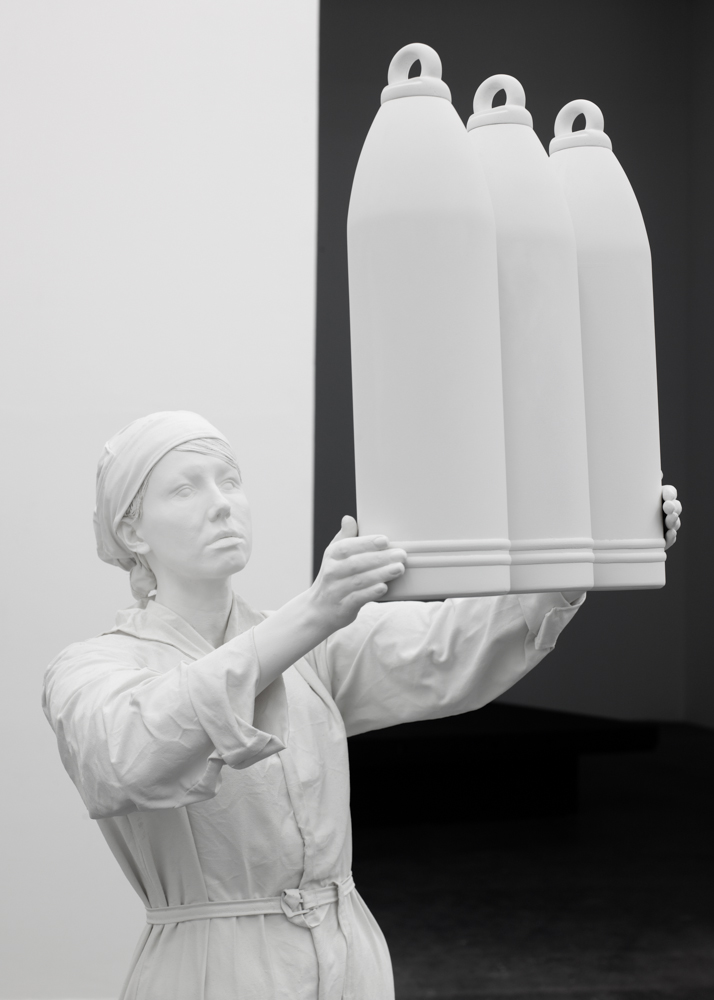 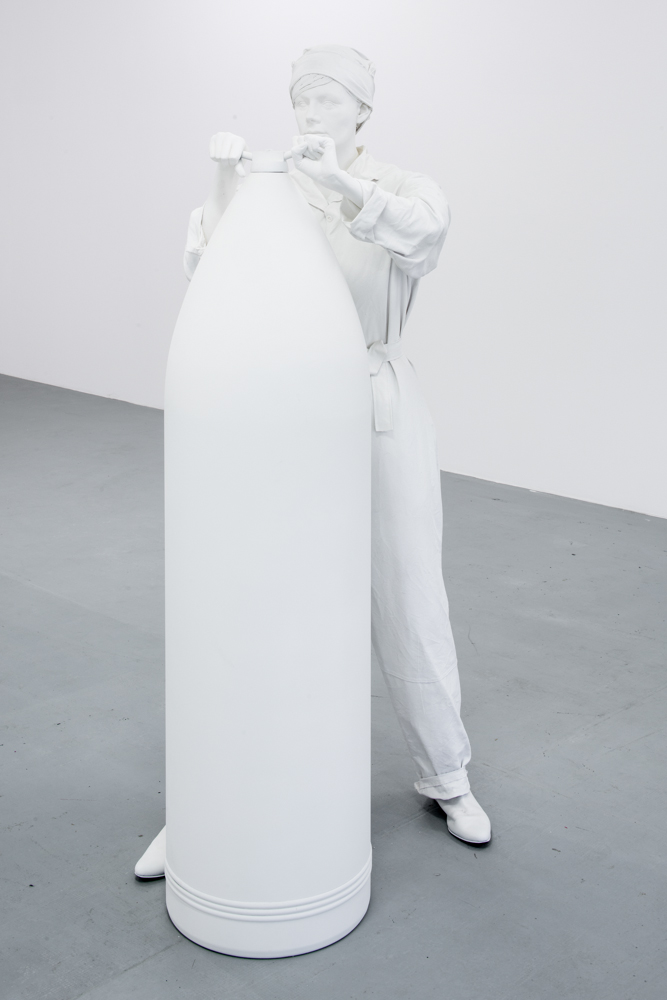 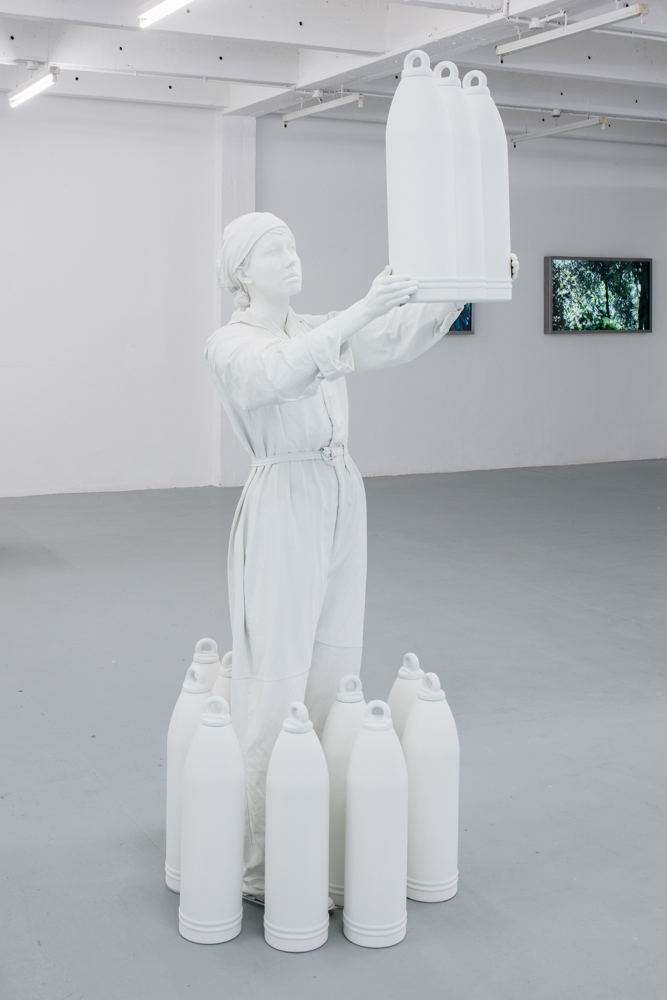 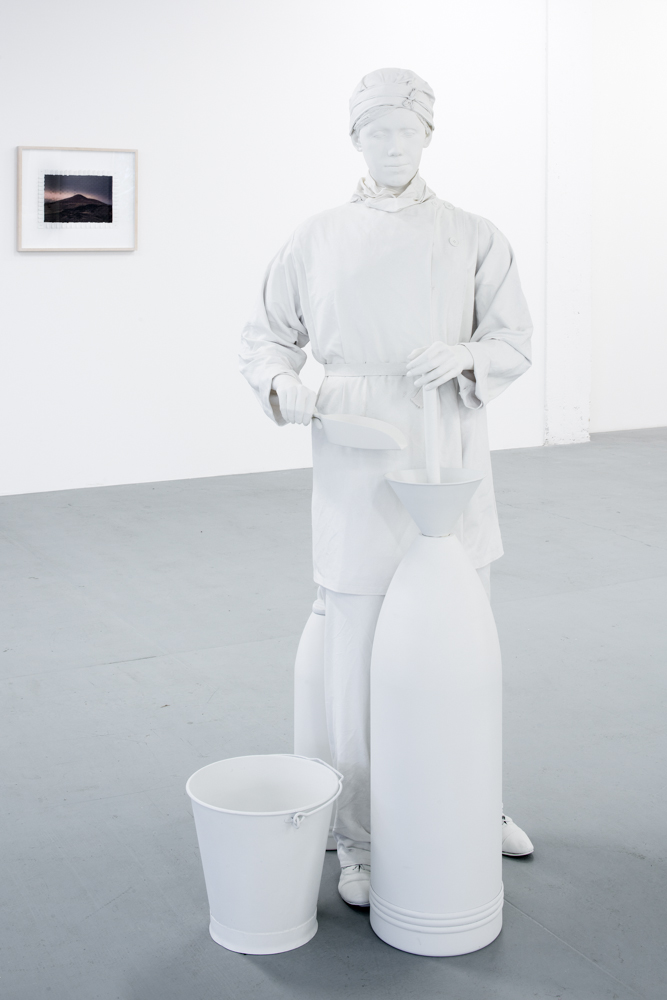 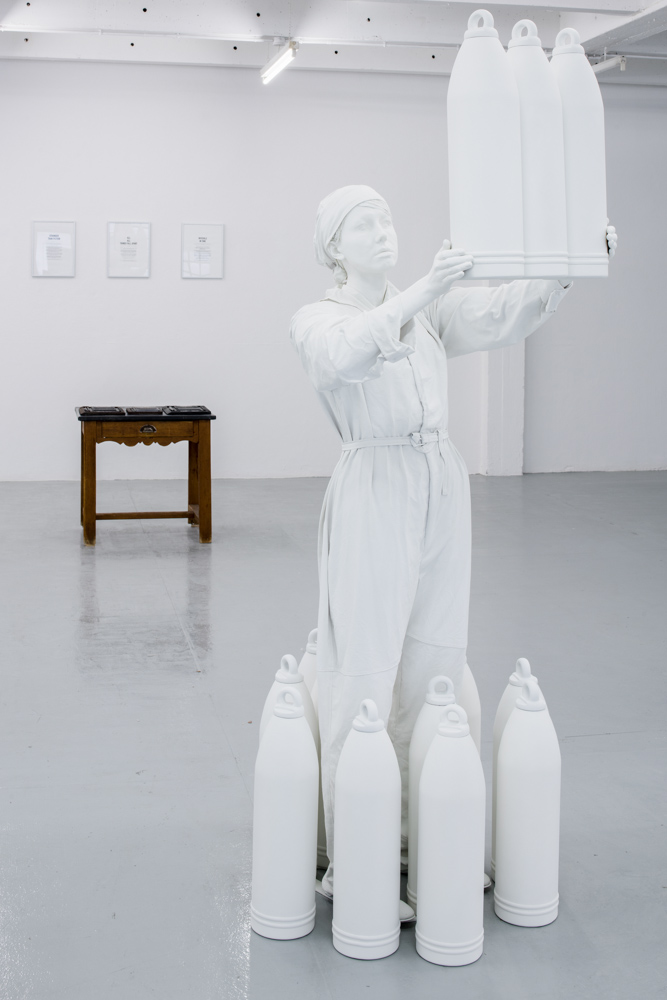 Girls of Chilwell – Suspended Acting (2014), are three sculptures made from photographic archives of the First World War, representing three stages of a working class scene at the Chilwell Armament Factory in England. These valiant workers, or ammunitionnettes, exposed to the manipulation of nitroglycerine for the filling of the shells, had as side effects of this dangerous operation, the visible parts of the body which yellowed, which earned them the name of “canary girls” . Nitroglycerin was at the same time a powerful vasodilator, so they worked in second states, almost drugged by a too strong oxygen supply.

We made these sculptures out of molding models, we assembled the casts on mannequin and finally we dressed them.