Melik Ohanian – As an Object AK47 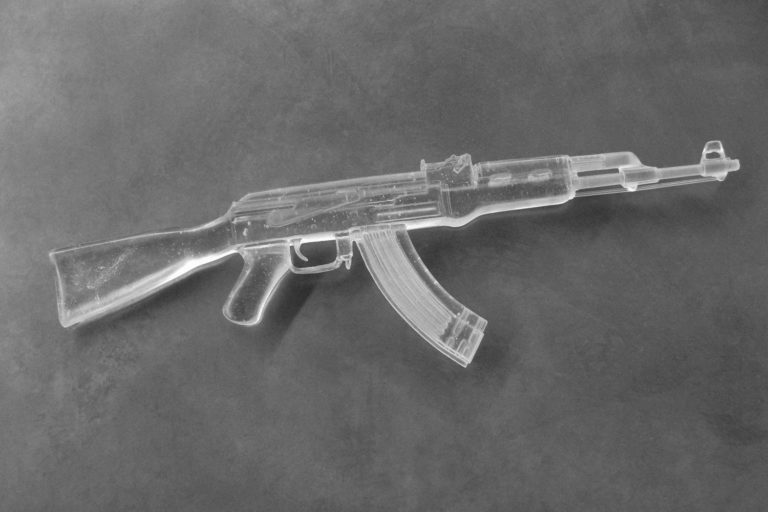 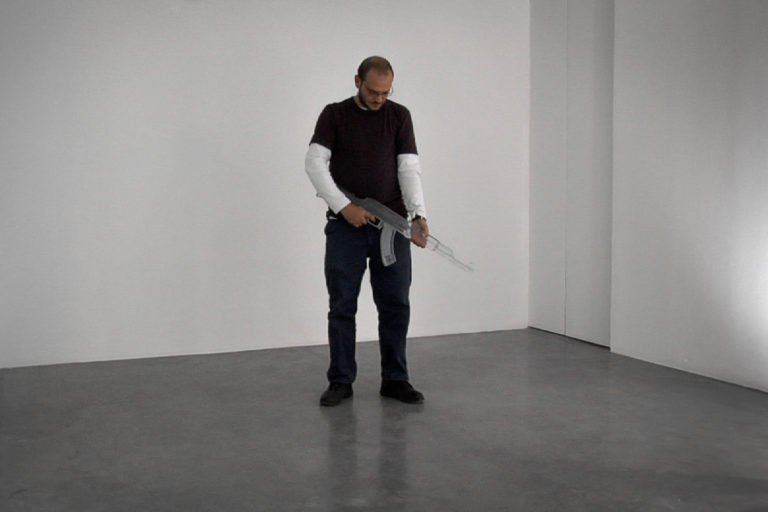 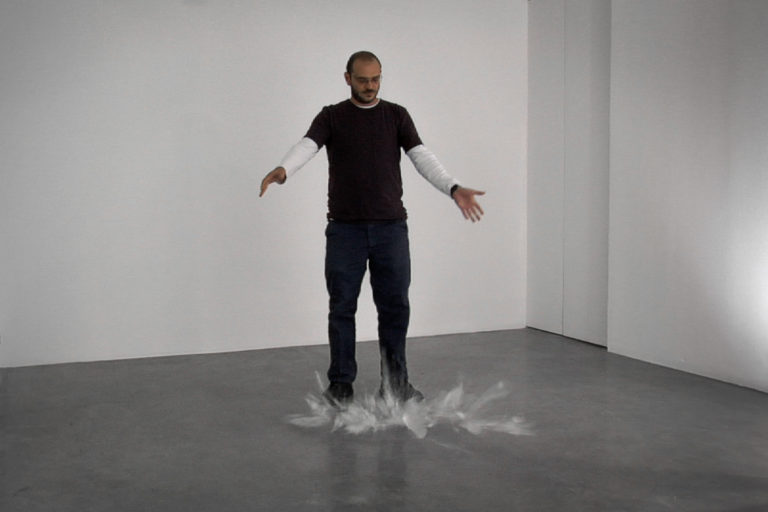 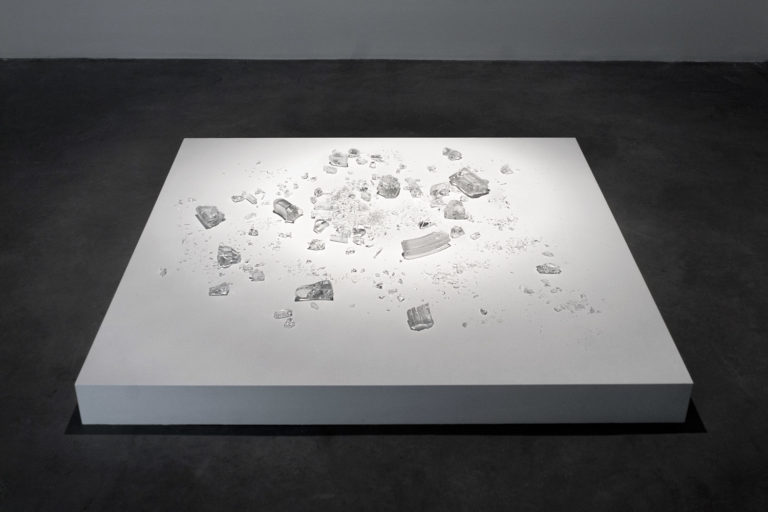 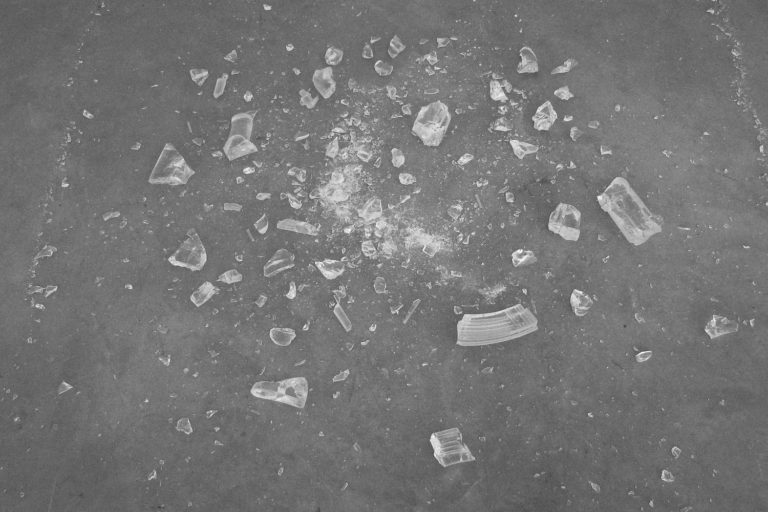 Melik Ohanian – As an Object AK47

The day before the opening, a crystal reproduction of Kalashnikov was released by the artist in the exhibition space. Collected and recomposed according to the order in which they had fallen, his debris was subsequently presented on a base of one square meter.

Upstream, the crystal rifle had been molded by a craftsman, from a real weapon. This object was made in full awareness of its purpose – the craftsman having agreed to destroy the product of his work. The minimal gesture of destruction, which contrasts with the know-how that has been deployed, thus initiates a process of paradoxical creation: production, memorization of the object, destruction, presentation of the result of this destruction.